Another of these must see PSS events: 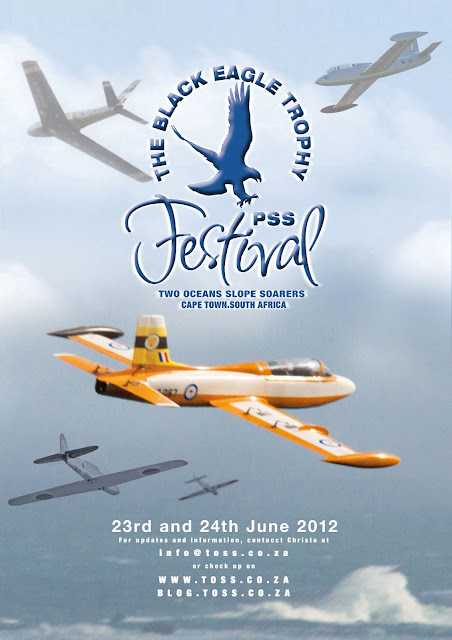 If the success of BBM Slopies group is anything to go by, The Facebook East Coast Soarers page is set to become the Kzn soaring communication medium of the future.

Thanks to Dennis Bird for these pics and making the event happen, third time lucky!

The day started badly with three consecutive line breaks for yours truly. After ranting to all who happened to be in the way about how one should be thermaling in the strong breeze, yours truly went all soggy and blindly pushed forward in round four, being soundly thrashed for the throw away round by Russ and Sean who bailed back downwind at the right time. Having added four peeps of up trim to keep the Esprit parked in the wind, we promptly forgot to take out same for round five, the biggie slot against Michel..... A bit tense after line break four but Ruscal gave the Esprit a monster throw and the craft damn near launched in to outer space, courtesy of the forgotten afore-mentioned up trim and the Russ launch. It was kinda fun to sit in dot country above Michel's 1 second launch Explorer for the ten minutes and it was that small launch time differential that made the difference between gold and silver - I am totally in awe of these brave youngsters who push the limit that hard! Thanks to all, I can only ascribe the result to good ole "beginners luck" and also doff my cap to KZN champs newbie Rudi Smook for a successful first Natals for him ;-). Cheers Dave.


Postscript:
The Nelson clan were understandably reticent to further risk precious models after Dad banged his plane on round one landing and Ryan landed out (fortunately without damage other than a flap servo) with the new Supra. With Dad away for some months and aircraft supply already limited, Ryan is in need of real support from the locals for practice and plane help, folks.
Posted by davedurbs at 9:22 AM No comments: 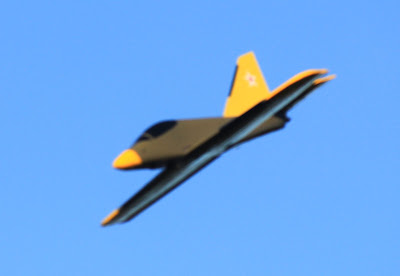 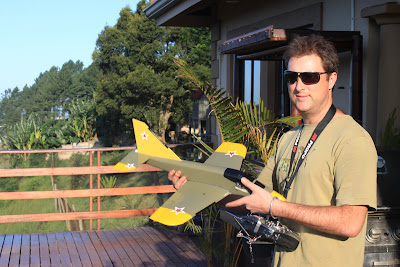 This is Erics new little semi scale L39 - weighing in at less than 300g including the battery she is an awesome floater but able turn on the speed. He has cut the whole kit out of an EPP/Polystyrene mix and has a few more made if anyone wants one, drop me a line!
Posted by Bill Williams at 6:44 PM 1 comment: