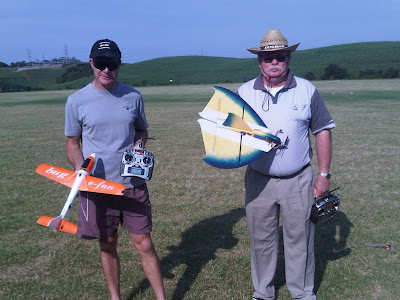 This Saturday morning dawned idyllic for parkie flying (if only your scribe had been awake earlier ;-)
Paul had neatly fitted ailerons and elevator to the little R75 throw glider, now intended for slope soaring. A few adjustments and hand launches off the bank and this attractive little aerie looks a treat for the slope.
Dave had resurrected the Wipeout and replaced the 1800kv Suppo Witblitz motor with the 2600kv version of the same Suppo motor, along with a heavier 1100mah Hyperion lipo. The previously useful UHU hinging had completely broken down so was stripped off and redone, albeit with additional UHU rubbed in to the surrounding surfaces to give more "bite". If unsuccessful in the long run, some other method will be used but just a little heads up for those using the similar method.
Simon did the launching honours and the little model took off as rock steady as always and was obviously more perky, although the zero wind conditions made anything look good...... Possibly a little under propped with the smaller prop but pulled fine through large loops and extra long motor run compensated. The larger battery had moved the CG forward a touch and the dreaded flat spin could not be induced, no matter how hard we tried. Definitely a fun improvement to an already proven combo and thanks to Sy for the quick pic.
Posted by davedurbs at 11:41 AM No comments:

It has taken a while to pick up on wind forecasting ala the Toss team with Windguru but an early Friday work departure was planned last weekend, based on new found respect for same. It was short and sharp as the Dion's Dive east area of the newly Russ-christened "Ziggi-nanda" delivered some awesome conditions for the test of Russ's rebuilt Shongiloma, before the unexpected approaching hail storm sent us scuttling for cover. The test proved fine, with the best vertical eights your's truly has seen, un-ballasted! The storm had moved on and cleared by the time we gathered at Russ and Mandy's home for a most pleasant braai. 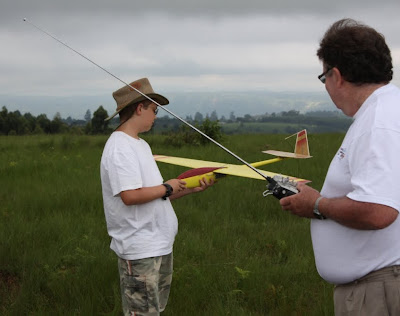 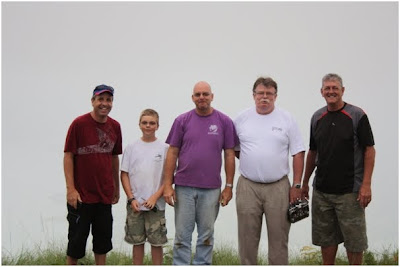 The wind, as Winguru predicted, switched to a useful SW for Saturday and Dave arrived late to find the mob having had a ball in the smooooth and powerful air. Mark was now fired to take on Toss aerobatics, with some help from Russ, and Dave managed to get in a useful flight each with the Le Cocy and Toksix, before the area completely clouded in (see the group pic completely backed by cloud). Simon gave some good advice on the Toksix settings and Ryan was quite taken with the Le Coqy, which had come back to life with the reinstated 150 grams ballast, which should never have been removed.
Would have sworn the Natal coast was impossible to wind predict but Windguru proving excellent so far:
http://www.windguru.cz/int/index.php?sc=4865

Here is a panarama video view and the cloud closing in on Dave taking the last flight with Toksix: 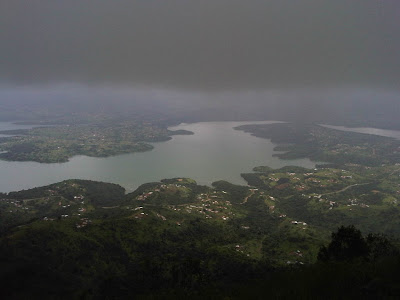 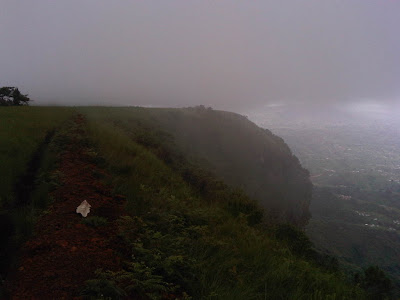 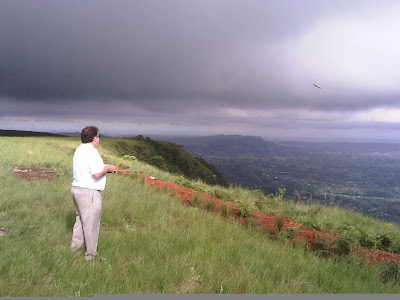 Posted by davedurbs at 2:18 PM No comments:

With the last Saturday wind looking useful but "beastly easterly" and off the right corner of Springfield, it was eventually decided by the Springfield Chickens to meet fearless leader Russ at Sasol garage and convoy up to the north east slope mountain, first Google earth discovered and explored by Dion Thompson and Ziggy way back. Dave made a complete klutchkop of himself by contending this was indeed not the same slope but fortunately Russ stuck to his guns and tested the short but possibly treacherous access road before phoning us to proceed.

The slope offers a vista from NE right through SE (quite handy on our coast) and looked gorgeous and unblemished on our arrival. We of course had to learn all over again that the Kzn NE slopes are overly thermic on very hot days and extremely treacherous in the sink cycles between the booming thermals. Lots went walkies and one of the walkie visits to the far left bowl by Mark and Dave for the encouraging Dyna-mite sloper prompted the realisation that we were in fact flying from the wrong spot for that wind direction! A revisit to the left hand bowl is looked forward to, especially as the access is less problematic for vehicles and folk.

Russ's Zagi refused to co-operate whilst the Nelson clan were quickly in the air with the srtreamer trailing Griffin and Zagi racer. Dave maidened the newly winged Toksix and Mark and Paul tried the camera mounted Middle Phase. Kobus was till charging. Then it all started to go wrong for a while with the aforementioned patches of sink and then a huge crunch as Russ comprehensively mid-aired his Toss 2011 destined Shongi, which put a real damper on things (but now fortunately almost repair complete). Lasses Kelly Conradt and Claire Phillips kept us all well behaved and the view in to the valley was really quite magic.

After various fetchings, it was obvious that Kobus was now having a ball with his OD PSS Mustang, which now had the slope to itself and was pretty impressive. When the noises were made to start heading home, yours truly started to twig that it was not all Mustang and the conditions were in fact getting more pleasant - and consistent. Fortunately Kobus and (new;-) Pete agreed to stay a while, which turned out quite a while! Pete had his first Gentle Lady slope fly since Springfield 18 years ago (including take off and landing) and Dave got to grips with the four servo winged Toksix. It is interesting that the moderate wind was smooth enough for the gas bag but also more than enough for the Toko winged Toksix.

Yes, a Switchblade it is probably not but certainly a useful scenic alternative for those Springfield days when the wind is good but not straight on. Probably wise to travel as a mob ala Switchblade, though (whereas the SW Inanda Ziggy site is completely void of spectators). More importantly, later in the afternoon on steamy days (only mad slopers and English men go out in the mid day sun ;-) 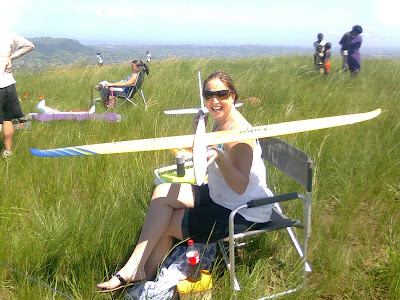 Mark's Missus, Claire Phillips, with the newly four servo winged Toksix, which flew a treat. Thanks to Russ for the hard work in getting it all together.

Posted by davedurbs at 12:25 PM No comments: 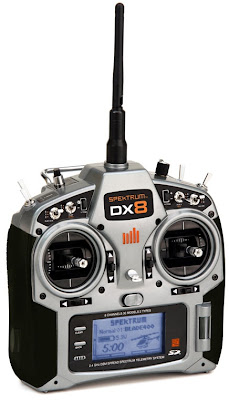 The list of features on this radio are available from numerous web sites so below is a just mini review from this die hard Dx6i fan, now upgraded to this magic e-flight radio.
Posted by davedurbs at 4:03 PM No comments: