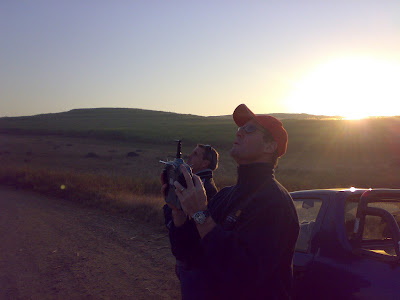 The sun peaking over the background and Paul in full swing with his brand new Dx6i. 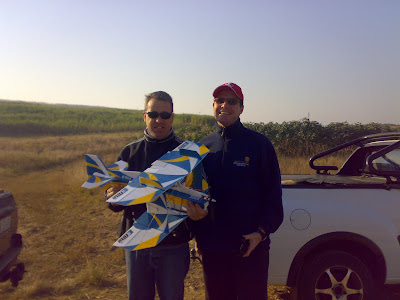 The morning fly over, including the maiden of Mark's dinky little Tensor, flew a treat.
Posted by davedurbs at 10:40 AM No comments:

Sharks in the park 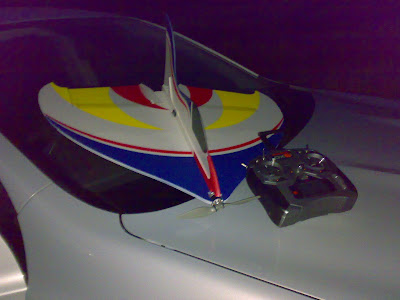 It is time for a new foamie for Monday evenings and the buzz from the Velocity prompted a search for something similar but parkie depron through the current issue of RCM&E. The Parkshark jumped at me and an email to helpful June @ Weston UK revealed local supplier Aerial Concepts who winged off a kit in short time.
It was decided to go with the sans motor kit as Dennis at Denkit had been charming me on the cheapie E Max brushless motors. The 480 equivalent had been ample to drive the Mark/Terry 400 Sukhoi so some homework on the spec sheets Dennis kindly faxed to me revealed a theoretically 50% more powerful yet 3 grams lighter than spec motor, incorporating a prop saver as standard.
Building with the UHU glue supplied by Andre Killian proved of the more pleasant exercises in years, certainly a must for my future depron planes. The ultra simple plane clipped together neatly without any alignment hassles at all. A bit of undue haste in unsuccessfully gluing the motor backplate to the motor bracket meant a 24 hour delay for the maiden and I am indebted to Russ Conradt for sorting that one for me.
Whilst aware that the 160 gram model only needed 200 gram thrust against the 300 grams thrust Emax, the little green helicopter 2 cell pack from Denkit last used 3 years ago, was likely to provide much strangle at only 10c rate for the 800 mah.....
The pair of GWS Pico servos were used with "lang tande" for the elevons as one was badly out of sinch with the other and multi neutrals all over the place - years of thermal soaring had meant yours truly is pretty anal about that issue with parkies and sub micros. To be fair one servo was fine and the other dud but the only spare was already glued in for the rudder.
Darkness comes early in Sharkie land at this time of the year so the pack was actually plugged together under car head lights for the maiden. The plane launched without a hitch and whilst the inconsistent servos were noticeable at changing speed, the benign characteristics of the delta made the whole thing a cinch to deal with than the average tailplane equipped flat plate foamy. The LED light the from the little 2.4g receiver and the large white surface also made it dead easy to track in the darkness. Most of the flying was at shade over half throttle so two cells is ample to drive the Parkshark. 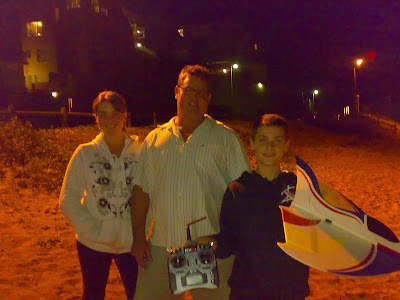 The Parkie Sharkie was quickly landed and zapped off to a little local night beach spot I have had my eye on for some time. There is a constant light land/sea breeze but the Sharkie handled it with aplomb. Rolls were fine but loops needed practice as they tended to tighten up throughout the loop, probably not a bad thing. Little pylon race runs at two foot, Witblitz racing style, were the most rewarding. Was not long and the friendly family of Abigail, Mark and Luke turned up to ooh and aah over the Skarkie after landing. The only complaint was they could not hear the little Sharkie at all, exactly what I had hoped to achieve after the Velocity howler! Charging the pack revealed that the two ample flights had drawn 610ma so the the 2 cell 800 pack ideal for the job. Roll on Monday evenings......
Posted by davedurbs at 8:45 AM No comments: 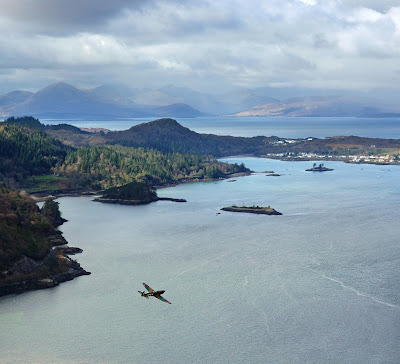 Dear Paul,
Yes, there are a few PSS fans in my club who'd like a Sea Fury as well :-) Great looking model and site.While we have little in Scotland to rival the superb SA soaring sites (and photos), a friend of mine took his PSS Spitfire to the west coast earlier this year in the vain hope of flyable weather in April. The God of Slope Flight granted him one day, which produced one of the best in-flight backdrop pics I've seen for a while. He's about 650' above loch level, not far from the Isle of Skye at Lochcarron. Says it wasn't an easy hike laden with everything, but the views alone were worth the pain!Apologies to dial-up fans for the image being a whisker bigger than normal, but I'm sure it was Dave Greer who mentioned that 30" monitors are entry level in SA these days.... :-)Thanks for the link.
Cheers,
John Barnes
Paul Young wrote:
Iz wantz a sea fury!!!!....... One day .....
Regards
Paul 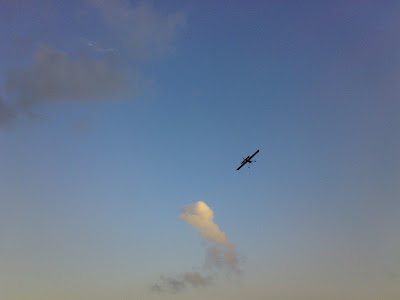 Kobus paid us his first dawn patrol visit with the red baron Mini Stick this past Saturday, here taking off in to the blue yonder - nice flyer! 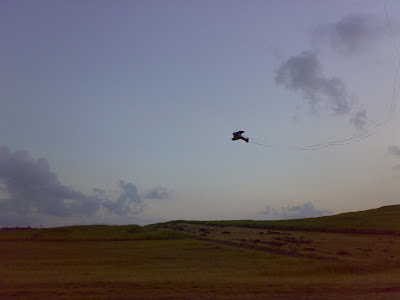 The 6:30 am winter dawn patrol has become the favourite time of play for this scribe and we were treated to Russ's little Tensor bipe trailing crepe streamers. Given that the foamie bipe is not much heavier than the streamers, there a little initial concern but the combination worked a treat in the crisp, clear and still morning. The pics not cropped, so as to show the early morning beauty and trendy streamers. 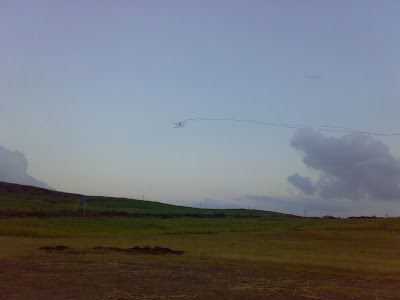 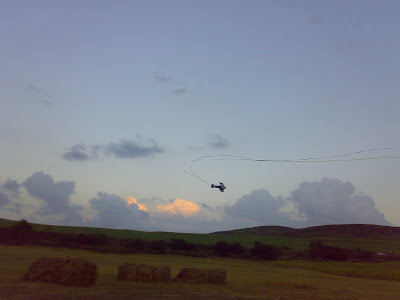 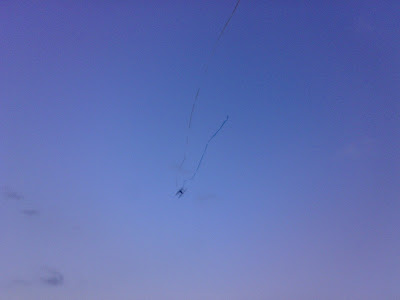 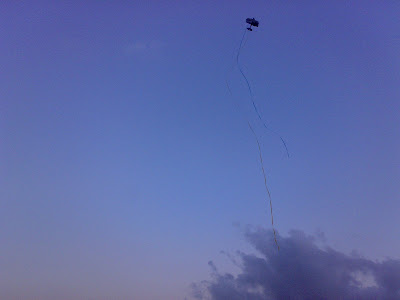 Posted by davedurbs at 9:30 AM No comments: