The blog mentioned a while back the rare contest success for a flying wing against the traditional thermallers, in the form of the Wind Freak. Well, the current excellent RC Soaring Digest has an article on the not dissimilar Windlord with creditable results from the 1977/78 era. Better still was the same craft taking a magic third place in Nostalgia at the current US Nats, after leading the first four rounds!
Over to the RSCD folk for linking (and their pics)- refer pages 56 to 61 on the Windlord:

"We're pleased to announce the September 2007 issue of RC SoaringDigest is now available for downloading from the RCSD web site<http://www.rcsoaringdigest.com>. The September issue highlights arenow available at <http://www.rcsoaringdigest.com/highlights.html>.This issue has 62 pages and a large number of color images. The PDF is approximately 9.8 MB in size.If you are using a dial-up connection and desire a smaller RCSD PDF,consider downloading the highly compressed version of this issue(about 3.6 MB) from the RCSoaringDigest Yahoo! groups Files section.The image quality is reduced, but download time is significantly less.You must be a member of the RCSoaringDigest Yahoo! group to download these compressed PDFs." 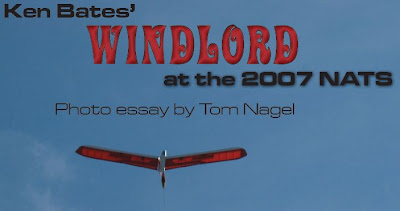 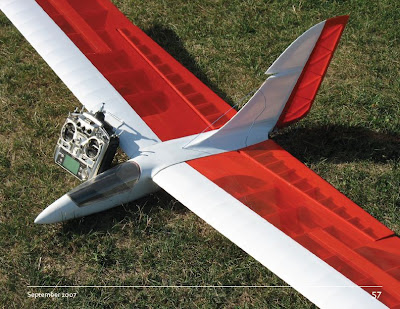 Posted by davedurbs at 6:39 PM No comments:

Disappointment at the out of stock ARF foamie Aerocats meant some net surfing, which came with this cheap and cheerful depron Baby Cat option at the Electric Jet Factory:

Unfortunately the depron parts were sandwiched tween two cardboard sheets and mailed with the terms Fragile and Do not Bend, kinda asking for punishment and below is the gentle reply to the supplier:

The Baby Cat arrived reasonably safe and sound out here in Africa - unfortunately the two slabs of cardboard may be ok in the genteel US but the flat parcel resembled the local undulating valley of a thousand hills by the time I got to see the local post office official carrying it out for me. Apart from being a bit wrinkly like my 78 year old mum (if one looks closely at the cell pic, which flatters it somewhat), it is still reasonably usable and, if it takes to the air ok I will probably order a fresh version in a bubble wrap packed box instead (even if it means a tad more in parcel cost ;-)

Having got my minor quibble out the way, I must say the cutting and finish is magic and would appreciate any RC Groups leads to folk who have experimented and had fun out of their Baby Cats. I have a 200 watt Dualsky set up just waiting to be fitted." 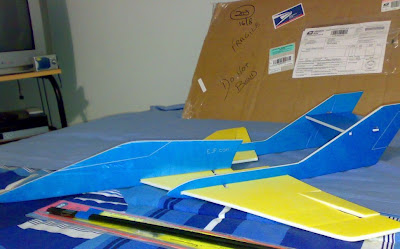 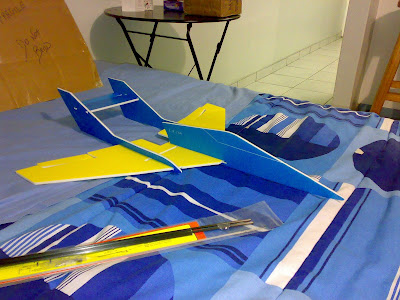 Despite the mini set back, enthusiasm for the project remains and the little jet just looks a twinkler, standing still.
The cutting and finish is immaculate and the Depron parts come with four carbon tubes and two mini snake pushrod set ups- not bad for US$29. The web site offers a range of different colour combinations, as well:

Other links on the same and similar subjects: 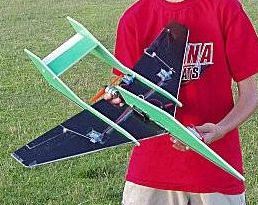 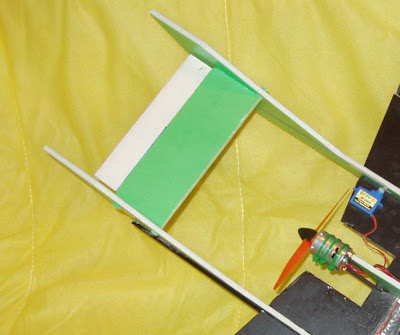 Posted by davedurbs at 5:16 PM No comments:

Some updates from too shy to post Simon Nelson

Young Ryan Nelson was given a chance to make reserve for Junior team for the forthcoming F3J worlds by attending the recent F3J league event and achieving a score of 80%, which he did by a whisker on 80.6%! Well done to the Nelsons and long time since the KZN lads have been so close to the world arena.
The event info here:
http://www.thermals.za.org/F3J_ETB_20070819/Final_Score.pdf
http://f3j.blogspot.com/2007/08/f3j-etb.html
http://berg-gliders.blogspot.com/2007/08/f3j-at-etb-on-sunday.html
Recent success by cheapie air instead of tedious road travel prompted Dave to influence Simon to give this a go, which meant lightweight box making, air travel with a visit to the cockpit and the adventure of teaming up with the Goodies for the competition and accommodation. Team Goodies tend to keep the line makers in business, thus the surplus line pic at the bottom..... ;-) The Nelson's are indebted to Craig and Michelle for their kind help and hospitality.
Over to Simon -
Stuff for the Blog. 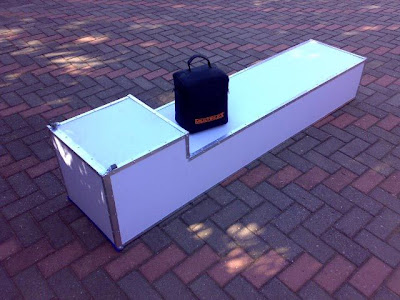 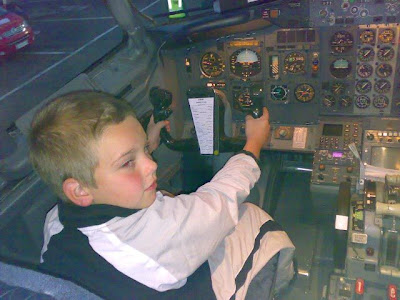 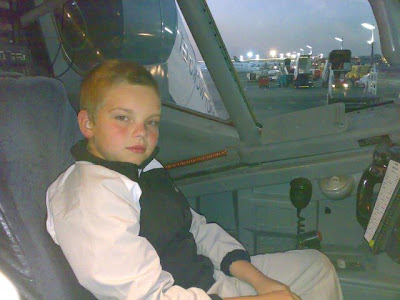 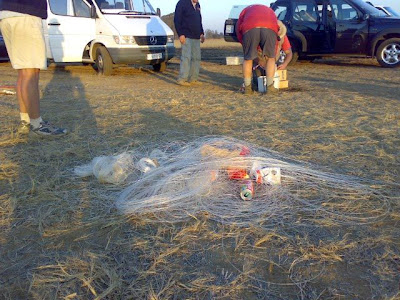 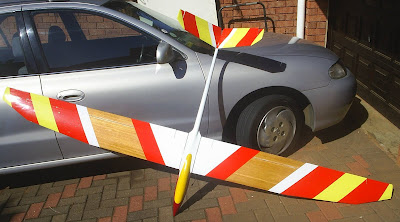 Posted by davedurbs at 4:39 PM No comments:

Total co-incidence that the slightly butchered Meander Cronicle report on the Noodsberg 2007 thermal soaring Nats should have a report on R.M.T. (moldies) now branching out in to T.I.T.S....... 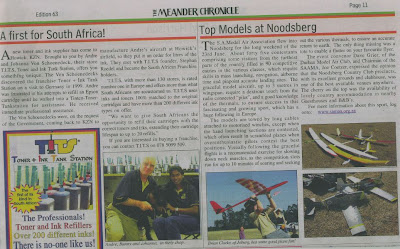 Posted by davedurbs at 1:35 PM No comments:

Also for broadband users only - and good printers

RC magazines are a bit of an expensive luxury in SA but this company has come up with a novel trick of selling pdf downloads of recent and older issues, Quiet Flight being the one of interest.
http://www.kionapublishing.com/catalog/index.php?cPath=101_102_53_60&osCsid=f84e77d93e53c5f0b0705a7f0f08c216
The full colour 100 page download pdf of 35.7 meg costs a most reasonable sum of US$1.99 (about R15) with selected individual articles also available for US pennies. The issue below took about ten minutes on our relatively busy server and the quality is excellent. Just remember that it is 100 pages if you print the whole issue out....... ;-)
A neat feature of the web site is also the mini page by page graphic preview of each page of the latest issue - all in all a pretty switched on web site. 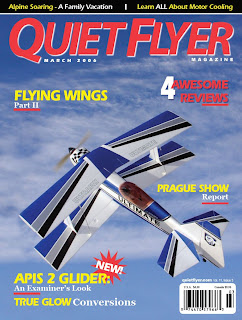 Posted by davedurbs at 11:36 AM No comments: 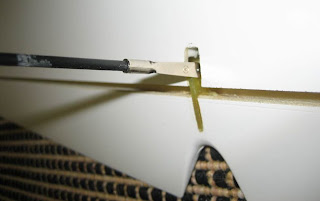 Another neat idea through the useful RC Groups slope thread. My attempts at decent resolution T tails on slope or other planes were iffy and many others I saw even worse.....

Obviously for non scale applications but offers decent resolution and angles for an enclosed fin mounted servo or driving through a bell crank.
Posted by davedurbs at 10:32 AM No comments:

Paige Anderson has been playing around with Forward Swept Wing desings for a while now. I really like the look of his new Cobalt - maybe Dion can arrange to bring a few in to this country!!
Posted by glenglider at 10:00 AM 2 comments:

This is a pic of the Toucan 60R slope flyer, lifted off the net for future inspiration. Recently flying Brian Duckitt's "Mickey Mouse Face" electric again proved just about anything flying off the slope or with sufficient propulsion so this may be some inspiration for Brian (presuming he has not conquered FSW already..... ;-) Shaun Price was very successful with a FSW project on the slope, some years ago. 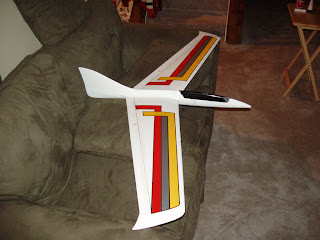 These two interesting concept pics below were dreamed up by the US after capturing the WW2 German drawings - could this one be considered a fantasy PSS for uncle Pete Milne......? 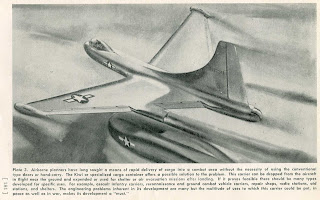 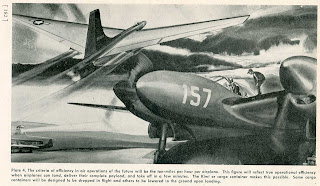 Rumour also has it that Springfield team SyRus are beavering away on a secret F3F project (not FSW), don't say you never received advance warning about F3F happening in SA....... ;-)

Posted by davedurbs at 8:51 AM No comments: